From Wisconsin, Rev. Davenport joined the United States Navy JAG Corps where he served on active duty from 1996 to 2003.  In 2003 while practicing law in the City of Tacoma, Rev Davenport received his call to ministry.  To fulfill his call, he enrolled in Seattle University School of Theology and Ministry.  He received his Masters of Divinity in 2007.  He first served at the First African Methodist Episcopal Church in Seattle.  While here, he served at the FAME South Worship Site and served as Chief Operating Officer for Ministries.  In April of 2010, he joined the Peoples Institutional Baptist Church. He was baptized and ordained under the leadership of Rev. Dr. Amos Landry, Jr.  On September 24, 2011, Rev. Davenport was elected the Senior Pastor of Peoples Institutional Baptist Church.

Since becoming the Pastor at Peoples, Rev. Davenport, has served as First Vice Moderator and now Moderator at Large for the North Puget Sound District Association.  He currently serves as the Third Vice President of the North Pacific Baptist Convention, where his duties have the management of the youth and children programs in the convention and the development and implementation of two service scholarships for the Convention.

Through all of this, Rev. Davenport still maintains his own law practice that focuses on criminal justice.

Rev. Davenport is married to Beverly Davenport.  They have one son, George III and one daughter, Gracie.

In the early part of 1942, nine people who at that time belonged to the oldest historical Black Baptist Church in Seattle, Mount Zion Baptist Church, prayerfully considered the possibility of organizing another Baptist Church. With this thought in mind the group held several prayer meetings in the home of Brother and Sister S. H. Grant.  In these meetings fervent prayers were offered for divine direction and guidance.

Shortly after came the resignation of the Reverend Dr. Penick as Pastor of the Mount Zion Baptist Church.  The news was announced through Northwest Enterprise that he would preach on the following Sunday, January 18, 1942 at the Masonic Hall which, at that time, was located on 21st Avenue and Jefferson Street.

On February 15, 1942 an official prayer meeting was held in the basement of the home of Sister Jennie Vrooman.  At this meeting fifteen people were present.

On February 25, 1942, this same group, now larger in numbers, met at the Masonic Hall.  They had not selected a name before this meeting, but the group met and formed what is now known as Peoples Institutional Baptist Church.

The chartered members that had grouped themselves together for the purpose of worshipping God were in complete agreement and believed that their future depended very largely upon their ability to work together in peace and harmony.  They also believed, if they were to continue as a front line Church it was absolutely necessary to secure for themselves a permanent home. The first effort in this direction was made when the members purchased an apartment house and cottage located at 218/220/222—21st Avenue. The purchase price of this property was approximately $3,000.00. The original plan was to build a Church edifice facing Jefferson Street on this property. However, all of this took place during war times, and they were not able to buy building material and the property was sold.

Later the property at 120-21st Avenue was purchased for approximately $1,500.00 and was remodeled and furnished (The present location of New Hope Baptist Church).

As time marched on the growth of the congregation required larger and more adequate quarters in which to worship God and to train young people.  Consequently, the present edifice, 159 – 24th Avenue, was purchased on June 30, 1946.  The purchase price included the pipe organ, additional equipment, and the reconstruction of certain parts of the edifice.  The purchase price was $50,000.00, all of which was paid in full.

The success of our Church has been largely due to the loyal support and cooperation of our faithful members. In addition, we wish to recognize the assistance given to us by the Seattle Baptist Missionary Union who loaned us the sum of $10,000.00 when we purchased the present edifice. This money was repaid in less than three years.

By 1960, the Church membership had once again outgrown its facilities.  After much discussion and planning, an addition to the structure was undertaken and completed in 1962 at an approximate cost of $100,000.00.  The dedication service was held July 7, 1963.  At this time, Reverend Penick thought it best for the Church to make plans for his retirement.

In July 1965, Reverend Penick retired as Pastor and went to reside at the newly erected Judson Park Retirement Residence, 23600 Marine View Drive, Zenith, Washington.  He resided there until he was called from labor to rest on March 17, 1970.  His wife, Vivienne L. Penick, a true partner, stood loyally by the side of her husband helping in all of his efforts in kingdom building.  Mrs. Penick’s first order of service for Peoples Institutional Baptist Church was the organization of the original Church choir, where she served as pianist and director.  She organized and taught the Women’s Bible Class, and the Women and Youth Missions Department of the Church. Mrs. Penick passed on April 5, 1980.

After the retirement of Reverend Penick, the congregation prayed fervently for the Lord to send them someone to fill the void in the Church’s administration.  After prayerful thought, the call was extended to the Reverend Edgar W. Bratton of Sioux City, Iowa on January 26, 1966 and he assumed leadership on April 1, 1966.  Under his leadership, our entire program was revolutionized. He proposed to include the entire membership in some aspect of the Church’s program.

The Brotherhood Tea was discontinued and the Annual Calendar Tea which had been sponsored by the Women’s Mission Society was converted into an all Church fundraising project for the purpose of liquidating the Church mortgage of $77,000.00.

Two properties at 2310 East Fir Street and at 150 - 23rd Avenue were purchased at the cost of $13,383.00 for future expansion and parking.  It was Reverend Bratton’s dream to build an Educational Unit.

In February 1982, the new unit consisting of an office, a newly remodeled kitchen, eight classrooms, four restrooms, changing the old kitchen into a conference room, and the addition of a parking lot were completed, dedicated and paid in full at the cost of $200,280.39. The original pipe organ, which was installed prior to the building being purchased, is still in working condition today. In 1984, the original pipe organ was remodeled at a cost of $45,000.00.

On September 1, 1983, Rev. Bratton starting a feeding programs to assist in the need of feeding the hungry.  A free meal was provided those in need once a day from Monday through Friday.

On April 4, 1998, the congregation of Peoples Institutional Baptist Church celebrated the pastoral retirement of Reverend Bratton and Mrs. Tracena Bratton, First lady.  We extended our last best wishes to them for the love and devoted service rendered to our Church family for 32 years. After retiring, Rev. & Sis. Bratton relocated to Clovis, California to be near their daughter and family. On September 26, 1998, our hearts were saddened by the passing of Reverend Bratton after an extended illness. Sis. Bratton passed on June 20, 2004.

On August 19, 1999, the congregation extended a call to Reverend Dr. Amos Landry, Jr. from Beaumont, Texas to become the third pastor in our fifty-seven year history.  Reverend Landry came to Peoples from the Shiloh Missionary Baptist Church in Beaumont, Texas, which he organized in 1986 and pastored for thirteen years.  Reverend Landry is married to Sister Diann Landry. They are the proud parents of four children, two sons and two daughters and five grandchildren.

Several enhancements have been made to the edifice and grounds under Reverend Landry’s leadership as well. For example, new drapes in the sanctuary as well as vertical blinds in the Fellowship Hall, new carpets were purchased for the Sanctuary, vestibule, hallways, administrative wing and Sunday school wing.  In addition, a Resource Center was created and furnished with twelve new computers to teach computer technology to our youth and adults.  Also added were a new sound system with audio and video equipment and a sound booth to provide quality audio and video production for members who are unable to attend

Under Pastor Landry’s leadership, the Church purchased drums, a new keyboard, and listening equipment for the youth choir.  Pastor Landry established the Lights of Joy Choir, the E.W. Bratton Memorial Library and the original vision of what is now known to our church and community at large as the Educational Resource Street Fair.  This is an annual event that takes place in August of each year to provide resources for parents and to help needy children prepare for school.  He was also instrumental in the procurement of the Horace Mann School for the current Work It Out (WIT) project.

The Church Kitchen experienced its first update through a remodeling project.  This project allowed us to install new commercial equipment and new cabinetry in 2001 at the cost of $94,000, which was paid in full in January 2003.

Reverend Amos Landry Jr. retired as Pastor from Peoples Institutional Baptist Church on October 31, 2010. Rev. and Sis. Landry returned to Texas to be near their family.  Retirement celebrations for them where held in October 2010.

Peoples Institutional Baptist Church has progressed remarkably from the little Church, which originated in 1942.  We thank God for giving that small band of Christians a vision to organize this Church and we are thankful to God for progress.

On November 9, 2011, the congregation extended a call to Reverend George Davenport, Associate Minister from PIBC, to become the fourth pastor in our Sixty-nine year history.  Reverend Davenport has been an Associate Minister at PIBC for just over a year.  Prior to coming to PIBC he was the Minister in charge at First AME South Church, he is married to Sister Beverly Davenport. They are the proud parents of one beautiful son, George, III and one beautiful daughter, Gracie.

Peoples Institutional Baptist Church is grateful that God sent us a pastor that will carry on our legacy that we have established for the past 69 years.

To present a Gospel tenacious in its Pursuit of lost souls and specific in our direction and education of Disciples to carry out the Great Commission. 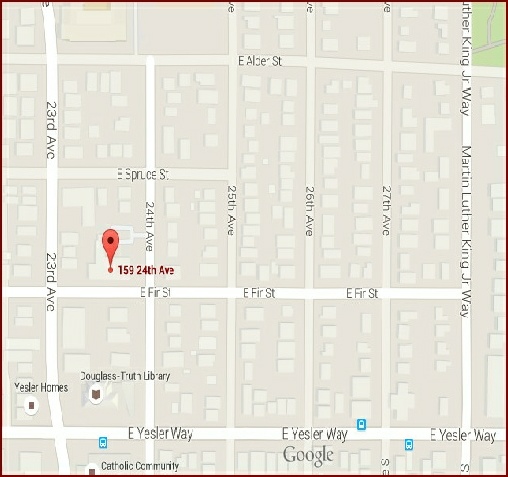